The latest addition to the ICTS HPC facility is the 2048-cores Intel cluster. This cluster is composed of 64 nodes, installed in the ICTS data center. Of the sixty-four, one head node and all others are execution nodes. This is a homogeneous cluster with each node consisting of 64 processing cores with hyperthreading enabled. The cluster nodes are connected using Intel Omnipath switches.

The cluster has 64 nodes and the hardware configuration for each node is as follows:- 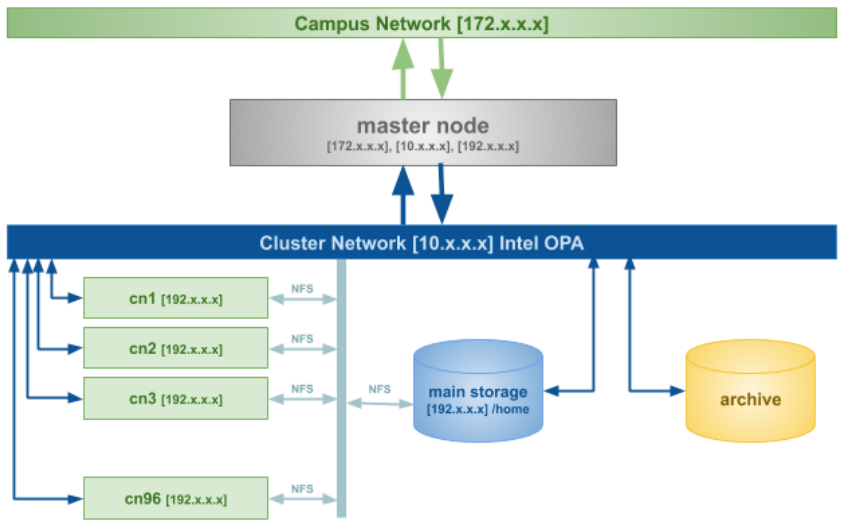